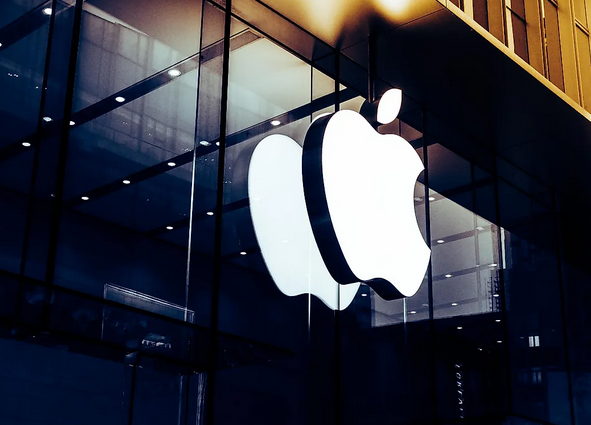 Apple Inc. is an American tech company that specializes in consumer electronics, software as well as other online services. It is the largest information technology company and the world’s most valuable organization. Their revenue in 2021 was around US$365.8 billion dollars. It is the world’s 4th largest computer vendor and 2nd largest mobile phone manufacturer. With overwhelming popularity and profit turnover, Apple is among the Big Five information technology company, along with Alphabet, Amazon, Microsoft, and Meta (previously known as Facebook). iPhone is the most popular Apple product out there. It is almost synonymous with the company at this point. iPhone is Apple’s line of smartphones that uses the company’s very own iOS operating system, derived from the macOS. IOS is one of the most popular smartphone platforms along with android. The first-generation iPhone was announced on January 9, 2007, by Steve Jobs. Since then, Apple has released new iPhone models and iOS updates every year.

The iPhone revolutionized the cell phone industry during its time of conception. This is because of its user interface built around a multi-touch screen, which was a huge advancement in 2007. The cell phone and app industry have largely benefited from the iPhone devices. This device is also a leading factor in the popularization of the “app economy.”

The iPhone continues to generate huge profits for the company and is credited with helping Apple in becoming one of the most valuable publicly traded companies in the world. Unlike Mac, iPhone accounts for more than half of the company’s annual revenue till 2021.

As of September 2022, 34 iPhone models have been produced, with five smartphone families in production, with the latest being iPhone 13 Pro Max and iPhone SE (third generation).

The iPad is Apple’s line of tablet computers that uses Apple’s own iPadOS operating system, derived from both macOS and iOS. On January 27, 2010, the first-generation iPad was announced to the public.

The iPad basically adapted the multi-touch user interface that was first used in the iPhone and adjusted the technology for a larger screen area, marked for interaction with multimedia formats including photos, videos, music, documents, books, video games, and most of the iPhone apps. The earlier generations of the iPad used to have the same iOS operating system as iPhones before splitting up in 2019.

The iPad is the most popular tablet computer by sales to date and accounted for 9% of the company’s revenue as of the end of 2021. As of January 2022, there are four iPad families in production, with the latest being the iPad Air (5th generation).

Till the end of 2021, this range of products and services together accounted for about 30% of the company’s revenues.

Now that we have a general idea of what the brand Apple stands for and the history associated with it, you will surely be more invested in knowing more about Apple. To make this easy for you, we have a list of interesting facts about Apple that we bet you didn’t know.

The first Apple logo was not the half-bitten Apple:

To most of us, the first and most memorable Apple logo is the Rainbow Apple or the new (since 1999) Monochromatic Apple. Apple is almost synonymous with the half-bitten Apple created by Rob Janoff. But that was only in 1977. Before that, the logo was of Sir Isaac Newton sitting under a tree while an apple was almost ready to hit his head (a nod to the legendary gravity tale).

Jobs and Wozniak Selling their personal items to raise funds:

Steve Jobs and Steve Wozniak had sold their Volkswagen and an expensive HP scientific calculator, respectively, in order to raise the capital needed to buy parts for the Apple I.

I am sure there was no satanic joke on Apple’s part, but the Apple I really did cost $666.66. Wozniak, the creator of Apple I, had joked that he was just into repeated numbers, hence the price. Regardless, it was actually a pretty high price at that time.

The No Smoking Clause about iPhones:

All iPhones have a no-smoking clause. It means that if you smoke in front of your iPhone device, your warranty immediately becomes invalid.

The John Appleseed story is familiar to most Americans. It was the name of an 18-century nurseryman who had planted apple trees across America. But did you know that John Appleseed is imagery that is used by both the iPhone and the Mac? It is believed that Appleseed is used as a famous marketing technique because former CEO Mike Markkula used it as a pseudonym while he was writing programs for Apple II.

The Apple QuickTake was first launched in 1994. It was the first “consumer Digital Camera” accessible to the people. Unfortunately, it was discontinued after a three-year stint.

2001: A Space Odyssey inspired the naming of iPod:

The iPod was named after Stanley Kubrick’s 2001 classic, 2001: A Space Odyssey. Copyeditor Vinnie Chieco was reminded of the extra-vehicular activity pod from the film during an Apple meeting, and that is how the name iPod came into being.

The Easter Egg in the first iPod:

To make things more exciting, the first iPod holds an easter egg. Nick Triano describes the easter egg as the following, “Go to the ‘About’ menu, hold down the center button for about three seconds, and you’ll get a Breakout (Pong) game to play while you listen.” This game was a reference to a work Jobs, and Wozniak worked at Atari.

Apple’s establishment as one of the most profitable brands in the world is associated with its game-changing development in the informational technology industry just like in the escape room. They have also been successful in keeping up with the demands of the time. It is no wonder that they have found themselves with a large number of customers loyal to the brand- Apple.